The DF‑SHOW project was started in 2018 as a rewrite of the applications of DF‑EDIT, a set of tools written for PC-DOS and MS-DOS in the 1980s 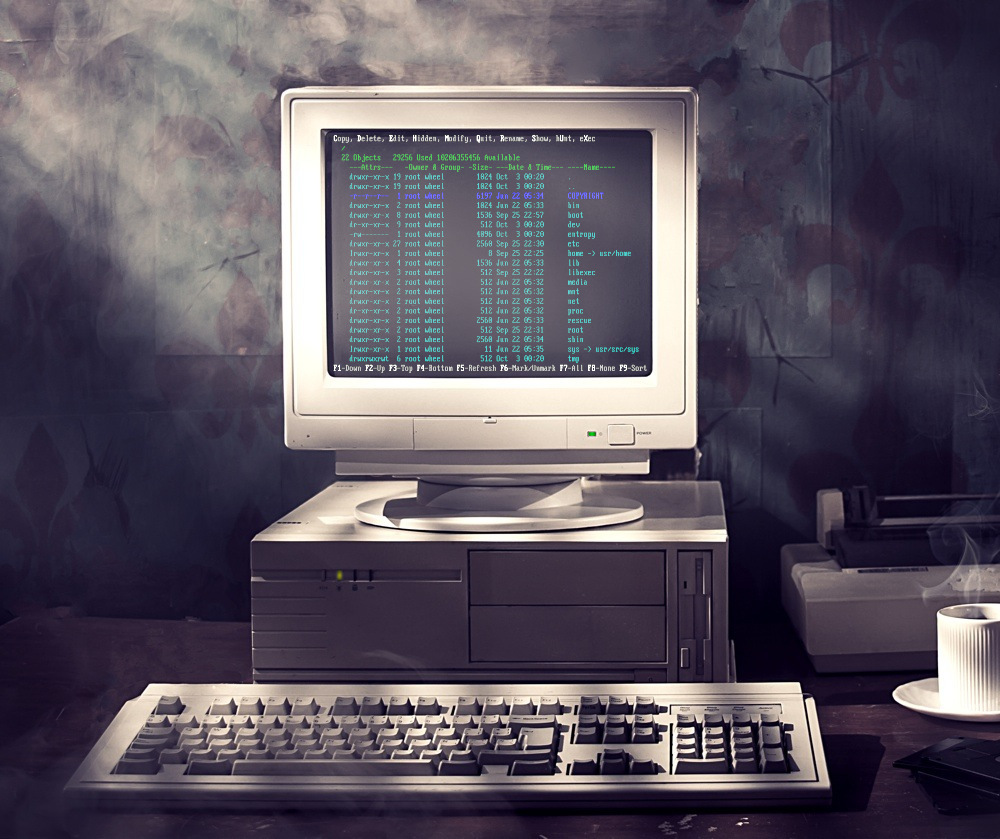 DF‑EDIT was originally written and released in the early 1980s by Larry Kroeker under “Kroeker Software Products”. This was a set of useful utilities for PC-DOS and MS-DOS systems.

Pictured right is a copy of DF‑EDIT version 2.3d on a floppy diskette. This particular release from 1986 is the version DF‑SHOW heavily takes inspiration from.

DF‑SHOW aims to be a faithful rewrite of the original DF‑EDIT applications optimised for modern systems focusing initially on the Unix-like family of operating systems. 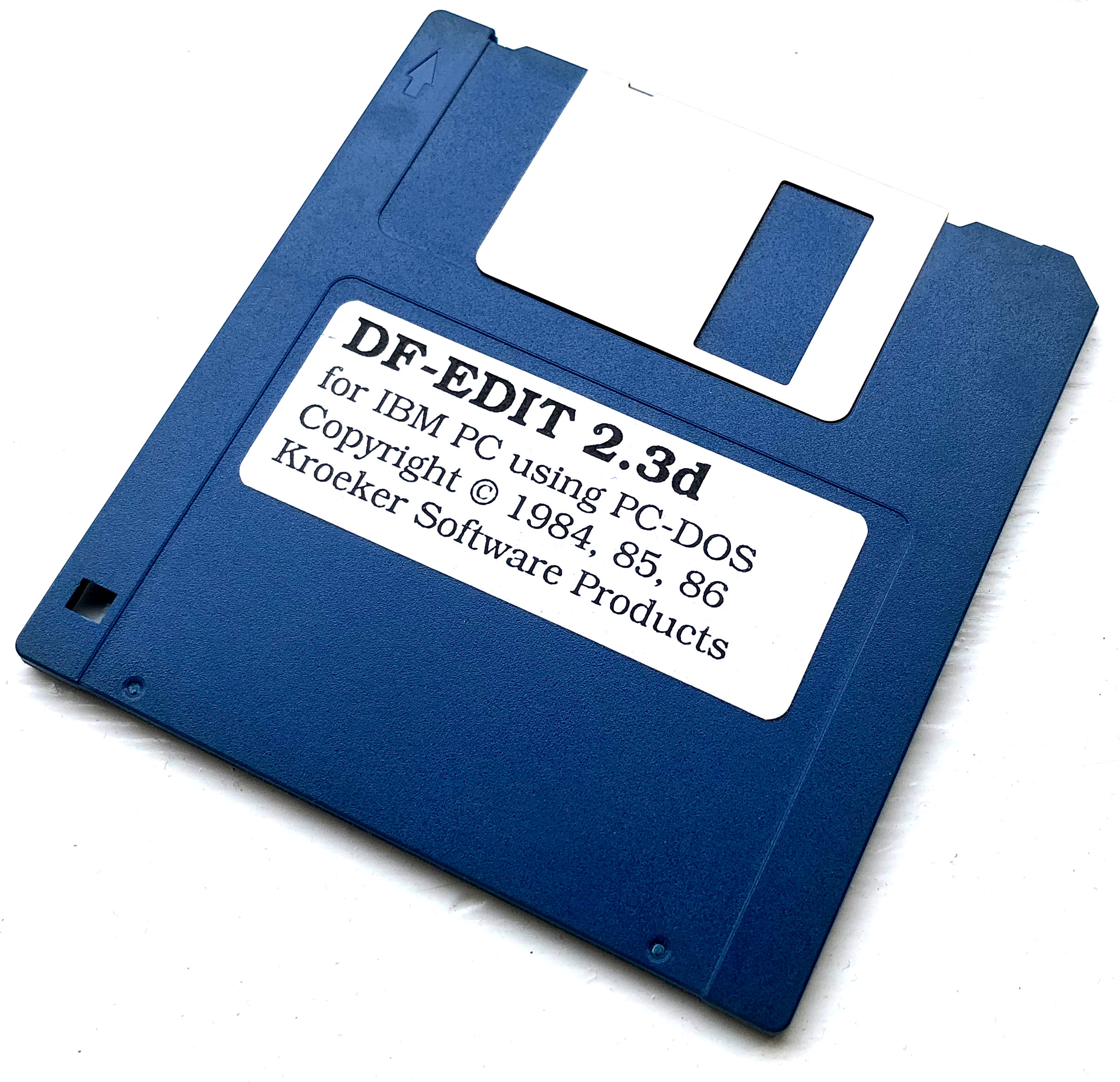 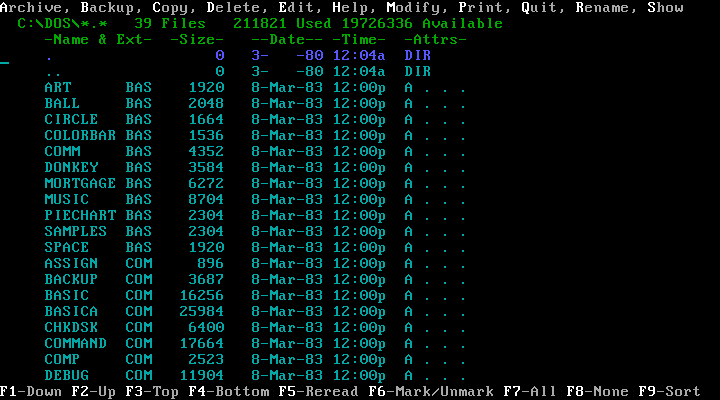 Pictured here is the show application from DF‑EDIT running on PC‑DOS 2.0. The simple one key commands and a familiar layout similar to the dir DOS command made it a very powerful utility for its time.

In early 2020, another version of DF-EDIT surfaced. This version was created in the late 1980s and early 1990s. It was for use internally at Texas Instruments and featured networking capabilities and the ability to connect to XENIX servers as well as a few bug fixes from the previous version. It’s peculiar due to it being credited to Rick Poole and Stan Limerick with all references to Larry Kroeker removed. The documentation states it was based off DF-EDIT 2.3d, so it can only be assumed that Mr. Kroeker gave TI the rights to continue development internally and for it not to be made available to the general public. 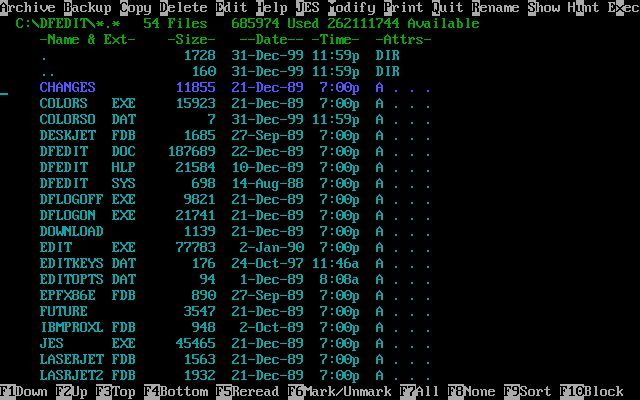 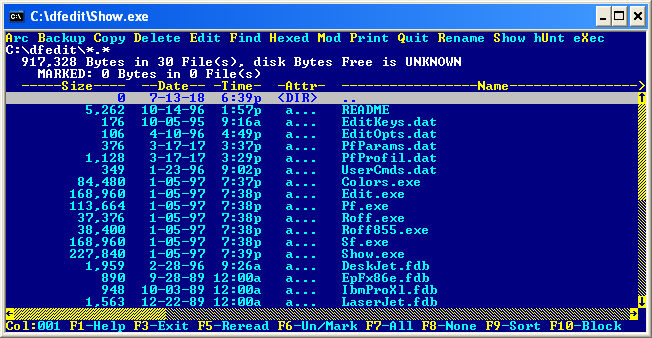 A copy of DF‑EDIT for Windows NT, released in 1997, surfaced in 2018 which had addressed some limitations from the original DOS versions as well as implementing some of the features that appeared in NET-DF-EDIT such as “Hunt”, “Exec”, and Block selection in the show application, as well as adding some mitigations which DF‑SHOW had already run into and addressed. (such as moving the name of files to the right-hand side to accommodate long filenames)

In 2008, an open source rewrite of DF‑EDIT was proposed. Unfortunately, the project never got off the ground due to lack of exposure. The DF‑SHOW project was announced in 2018 with a semi-usable versions becoming available in a couple of weeks.

On the right, is a screenshot of the show application from DF‑SHOW, which has been faithful to the original design of the DOS versions of DF‑EDIT, whilst adding some of the features found in the Windows NT version. 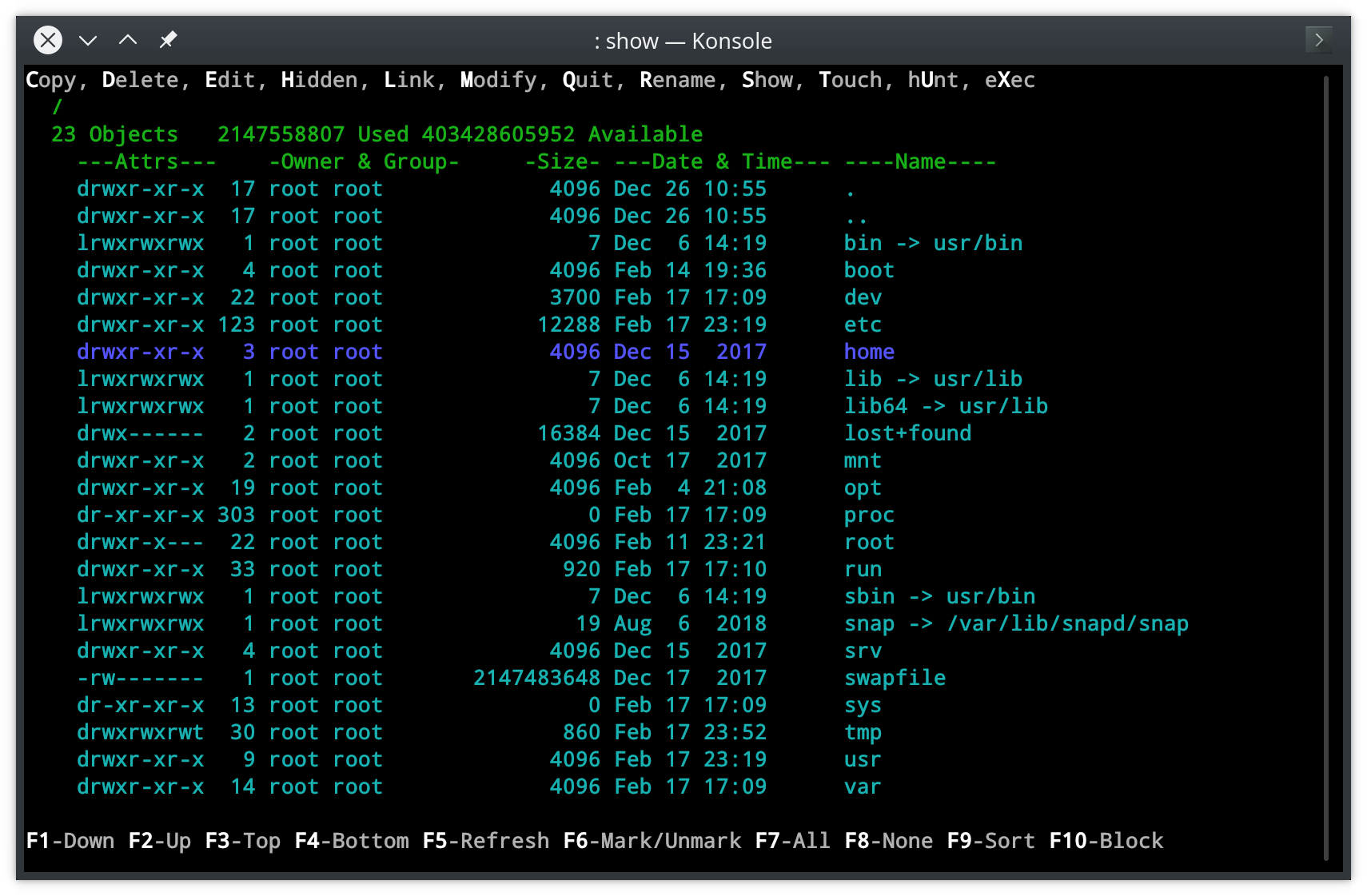